The Golden Note Award recognizes a Guild member who has made an outstanding service contribution to the Guild and to the community….
Since 1978, the Symphony Presentation Ball has benefited both the Greensboro Symphony Guild and the Greensboro Symphony Orchestra. In addition to honoring outstanding young women throughout the Piedmont Triad, an annual donation to the Orchestra has been made on behalf of these young women by the Symphony Guild as sponsors of the event.  This year’s Golden Note award recipient, SUELLEN MILTON, has been an integral part of the Presentation Committee for nearly 30 years, and as such, has contributed greatly to the Guild’s mission of advocating music education and appreciation in the community.

A member of the Guild since 1990, Suellen served as Presentation Ball Chair in 1998, as Honorary Chair in 2015, and has had two daughters participate as Symphony Debutantes. However, it is her long-term dedication and unselfish devotion to the Ball that has ensured the continuity and vitality of this treasured tradition for many years to come, and has led her to be appreciated and admired by all who know her.  Most recently, she has co-chaired the Steering Committee, the governing body of the Presentation Ball. In addition, for many years, she has also worked as chair of the Marshals. Throughout the past 30 years though, she has been consistently involved in every aspect of the Ball, from selection to event coordination to Ball set-up, to execution, and strike. Her participation lasts all year–from selection in January, to bid delivery and various events throughout the season, to the Ball itself in December. And since she served as Ball Chair more than 20 years ago, she has continued to serve as an advisor and advocate for each successive Ball Chair, offering encouragement, a listening ear, and sound guidance resulting from years of experience. Through it all, she has maintained a calm, humble and gracious manner that has endeared her to debutantes, their families, the committee, and the community-at-large. It’s this long -lasting commitment, her enthusiastic zeal for the Presentation Ball, and her kindness to all involved that makes SUELLEN MILTON  a worthy representative of whom we all should be proud. 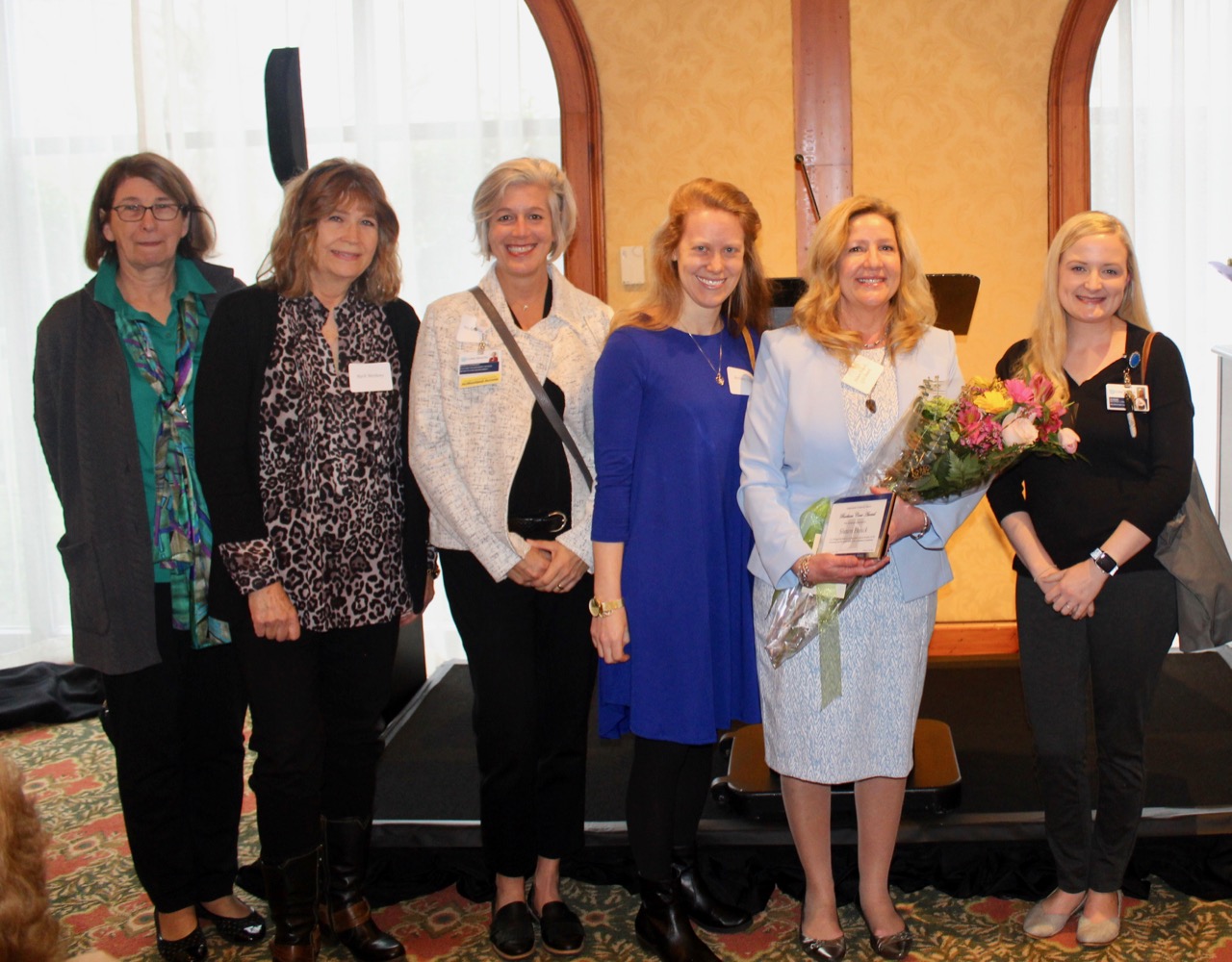 As a registered clinical nurse, Shawn has refocused her career to include health care education and professional development coordinating workforce development at the regional, state and national level. Shawn is coordinator of regional education at the hospital-based Greensboro Area Health Education Center (GAHEC), which is part of the North Carolina AHEC system. Since joining GAHEC, she has worked to build partnerships among communities, health-care providers and businesses to make those connections and find ways to work together to improve health in the region. She is currently serving on the NC AHEC board of directors and is chair of communications.

Shawn is committed to the power of music as a healing entity.  She proposed and help implement the CaringSound Wellness Program, a therapeutic program for children hospitalized in the Moses Cone Pediatrics Department. CaringSound blends the arts with science and music with health care. It aligns with the direction of the Sound Health initiative of the National Institute of Health to improve health and wellness through music, Shawn said.  Shawn and Susan Kalstrup, recreation therapist in Cone’s children’s services, developed the logistics of CaringSound to avoid conflicts with doctors’ rounds and children’s treatment.  Shawn currently volunteers with the CaringSound Wellness Program.

The Greensboro Symphony Guild is pleased to announce that this year’s recipient of the Bravo Award is Nancye Milam. The Bravo Award was established in 2004 to recognize a Guild member who has been in the Guild for 5 years or less and who has given extensive volunteer service.

Nancye Milam joined the Greensboro Symphony Guild in 2017 and she was a Deb Mom in 2008. As a new member, Nancye quickly used her sales and marketing skills to the benefit of the Guild by assuming a leadership role as Co-Chair of the Community Relations team. She revamped the Symphony Guild Community Relations presentation and gave excellent presentations to various community groups during the year. She also updated and revised the Guild’s Pops Concert PowerPoint slides which are shown at all of the Pops Concerts.

In 2018-2019 Nancye joined the Guild Executive Committee as Recording Secretary. When the Executive Committee recommended that the Guild membership communications vehicle be changed to an online newsletter, Tuned in Tuesday, Nancye stepped in and assumed the role of Email Communications Chair. She made recommendations on which software to use and created the format for Tuned in Tuesday while still laying out and editing the Guild Horn for publication for the remainder of the year. She now publishes Tuned in Tuesday twice a month which has streamlined the many Guild communications that are being sent out each week to the membership. In her role as 2019-2020 Email Communications Chair, Nancye’s high level of organization and steady guidance proved to be a valuable asset to then Guild president, Vanessa Skenes.

In addition to her positions as Community Relations Co-Chair and Email Communications Chair, Nancye has been Treasurer for the Love ‘n Music Tennis fundraiser for the last three years. Nancye is a very active Guild member and has volunteered at the Elementary School Concerts, the Middle School Concerts, the Super Sale and A Notable Night fundraiser. She is always willing to volunteer her time and talents and is always glad to help other Guild members.

Nancye is from Danville, Virginia, and earned her undergraduate degree from Longwood University. She is married to Charles Milam and they have a daughter, Blair. In her spare time, Nancye likes to play tennis and garden.

The Symphony Guild is proud and fortunate to recognize Nancye Milam as the 2020 Bravo Award recipient and looks forward to her contributions for many years to come.