History "The Guild Through the Years" 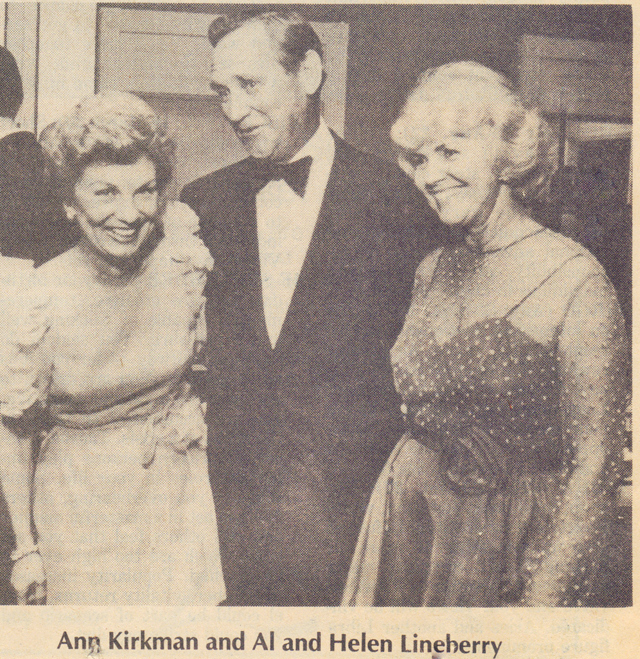 The Greensboro Symphony Guild was founded in 1964 to promote and foster music culture and education primarily by aiding the Greensboro Symphony Society in the promotion of an orchestra in the community. Although the antecedents of the Symphony had been performing since 1920, the Symphony Society, founded in 1959, soon recognized the need for a vital support group. With help and advice from UNCG music faculty members, the Junior League of Greensboro was enlisted to organize a community-based Symphony Guild of dedicated women, which started in 1964.

As part of its mission the Guild immediately developed and located funding for In-School Concerts which were performed by orchestra ensembles. This important educational outreach was expanded by the Guild in 1978 to include full-orchestra concerts for students. Now known as In-School Ensembles and Student Concerts and administered by the GSO, these performances are heard by third, fourth and seventh graders in Guilford County and surrounding areas. Yearly, the combined educational programs supported by the Guild reach more than 50,000 students. These programs include Elementary School Concerts (1977), Music in the Middle (1987), and the orKIDStra Series (1994-2009). In 2008, the Guild started a high school partnership program, sending GSO musicians into the school to work with music students culminating in a concert before a Masterworks concert. In the spring of 2009, K through 2 in school music ensembles began through Guild initiative and sponsorship. The ASCAP award-winning Youth Orchestra has also continuously received generous Guild support through scholarships, awards and special funding for events such as a performance trip to Alice Tully Hall, Lincoln Center, NY, in 1988, Carnegie Hall in 2007 and Chicago in 2014. In the spring of 2010, the Youth Symphony Orchestra toured Vienna, Salzburg and Munich. Youth Strings, Allegro Strings and Honors Quartet have been added to the Youth Orchestra program. Support for these and for adult education/outreach programs such as Preludes, and Music at Midday concerts are part of the Guild’s service to the community. 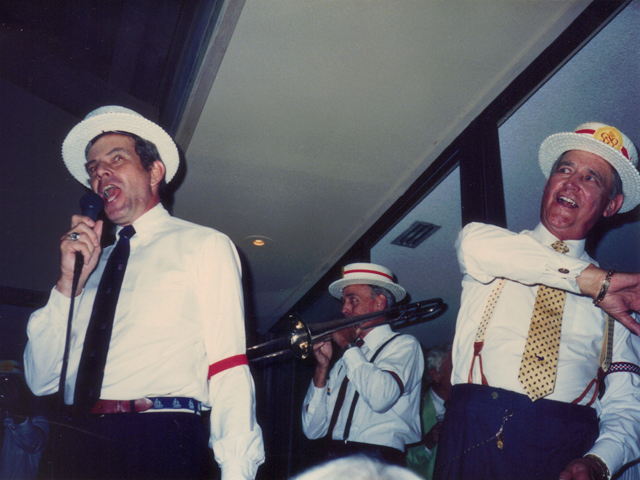 For many years the Guild worked with the Symphony in developing effective ticket sales campaigns, securing special contributions, selling playbill ads and working in the United Arts Council Fund Drive. To ensure the continued excellence of the Symphony, in May 1986, Guild President Rachel Hull established the Endowment Fund with a commitment to endow a $250,000 Concertmaster’s Chair. This was completed in May 1995. Fund raisers such as the Symphony Ball (1970’s and 1980’s), Presentation Ball (since 1978), the Triad Symphony Auction (1984 - 1991), pre-concert Dinners, Guild Gifts (1987 -1990), Homes Tour and Gala (1981-2013), Bravo Cookbook (1984), Guild Golf Classic (since 1992), Super Sale (bi-yearly since1996), Broadway Magic (1999-2000), SRO Parties (2007), Recipes of Note Cookbook (currently for sale), the Blue Jean Ball (2010), the Scavenger Hunt (2011), 50th Anniversary Gala (2014), and many special projects and events have financially supported the Endowment, the GSO operating fund and Guild music education programs.

With 18 charter members, the Guild has grown from 120 members in 1964 to more than 300 in 2014. The challenges, goals and responsibilities of the Guild are consistently met and increased with the growth of the GSO. From a college ensemble conducted by Henry H. Fuchs in 1920, to the Greensboro Orchestra organized by Dr. Hugh Altvater in 1939, the batons of George Dickieson, M. Thomas Cousins (1963-66), Sheldon Morgenstern (1967-74), Dr. Peter Paul Fuchs (1975-87), Paul Anthony McRae (1987-95), Stuart Malina (1996-2002) and Dmitry Sitkovetsky (2003-present) have continued to inspire the excellence of the musicians and increase the outreach of the orchestra. Promoting the Symphony since 1964 has been both a privilege and a pleasure for the hundreds of dedicated members of the Greensboro Symphony Guild.

Through the years Guild ticket campaigns, educational programs, and fundraising efforts have received national recognition and awards from the American Symphony Orchestra League. The most recent were in 2005, when the ASOL Volunteer Council awarded to the Guild its Silver Award for the 2005 Golf Classic, as well as the Excellence of Innovation Award to the newly formed Marketing Council for outstanding advancement. Perhaps the most prestigious honor came in 1985, when President Ronald Reagan bestowed upon the Guild the President’s Volunteer Action Award for Outstanding Service. This Presidential Medal is passed to the incoming President each year at the May General Membership Meeting.