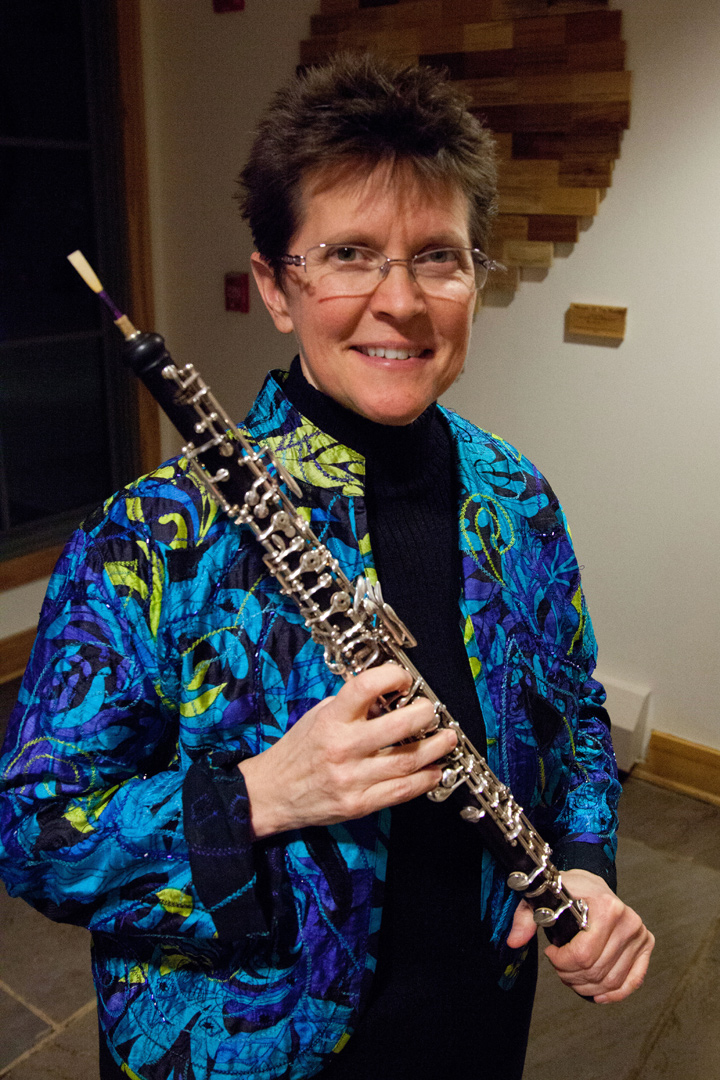 North Carolina at Greensboro and has been on the faculty since 1998.  A native of North Carolina, she holds the principal oboe position with the Greensboro Symphony Orchestra in addition to being a frequent performer throughout the southeastern USA.  She has appeared as soloist with the Salisbury Symphony, the Florida State Wind Orchestra, the UNCG Orchestra, Symphonic Band, and Wind Ensemble, the Pottstown Symphony Orchestra, and has presented numerous guest recitals and master classes throughout the United States, Caribbean, Central America, Canada, Germany, China, New Zealand and Australia. A chamber music aficionado, Barret performs regularly with the Cascade Wind Quintet, the EastWind Trio d’Anches, the EastWind Ensemble, and has spent several summers playing chamber music in the Adirondacks of New York.

Some highlights of her career include co-hosting the International Double Reed Society’s 32nd annual conference in 2003, a Carnegie-Hall recital debut with the EastWind Trio d’Anches in 2005, a ten-day recital tour to China with the EastWind Quintette d’Anches in 2008, and most recently being invited as faculty at the Brevard Music Center for the Summer Festival of 2010.  Barret’s degrees include the Doctor of Music from Florida State University, the Master of Music from Baylor University, and the Bachelor of Music from the Eastman School of Music.  She can be heard on Live from Luzerne recordings with the Luzerne Chamber Players (NY), Out of the Woods, French reed trio music with TreVent, The Russian Clarinet (with EastWind Trio d’Anches), EastWind Trio d’Anches Looks East (Reed Trios of Eastern Europe),Chamber Music of Samuel Coleridge-Taylor (pub. by Centaur Records).  Barret’s current research focus has been recording music by women composers, the first CD of which was released Spring 2012, published by Centaur Records.  Barret is an artist/clinician for Buffet Group USA.