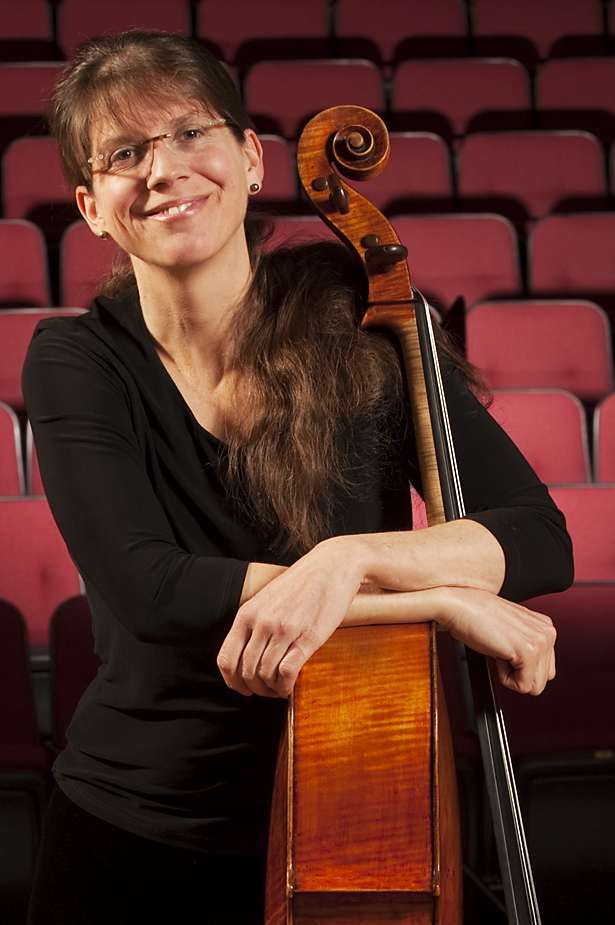 Cellist Beth Vanderborgh enjoys a rich and varied career as soloist, chamber musician, orchestral musician and pedagogue. Currently, she serves on the faculty of the University of Wyoming and as principal cellist of the Greensboro Symphony Orchestra, principal cellist of the Cheyenne Symphony Orchestra, and on the Artist-Faculty of the Eastern Music Festival. She is a founding member of the acclaimed Stanislas Sextet, based in Nancy, France, and tours regularly with Musica Harmonia. The Classical Voice of North Carolina described her playing as  “…Impeccable musicianship, rhythmic precision, technical expertise and expansive, passionate musicianship. Gorgeous music, exquisitely performed, and I do not believe I have overdone the superlatives.”

Dr. Vanderborgh has captured top prizes in the Baltimore Chamber Awards, the National Society of Arts and Letters Cello Competition and the Ulrich Solo Competition. As United States Information Service Artistic Ambassador and member of the Fadial-Vanderborgh Duo, she has performed on four continents, including recitals at the Kennedy Center, the Phillips Collection, the Teatro Nacional in Costa Rica and the American University in Blagoevgrad, Bulgaria.

She has recorded two CD’s for Albany Records, both released in 2013: Chamber Music of Jennifer Higdon (“Highly recommended!” Fanfare Magazine) and Salon Music of August Nölck for Cello and Piano. Strad Magazine described her Nölck recording as “Lyrical and technically accomplished…eloquent and persuasive”.  In addition, as a member of the Stanislas Sextet, she was featured in a disc of Brahms String Sextets recorded by Radio France. Recent solo highlights include Elgar’s Cello Concerto with the Winston-Salem Symphony, Strauss’s Don Quixote and Haydn’s D Major Cello Concerto with the Greensboro Symphony, solo cello in the sextet arrangement of Don Quixote at the Lazlo Varga Cello Celebration, and Anthony Ritchie’s Double Concerto at the Shenandoah Valley Bach Festival. She appears regularly on the Greensboro Symphony’s chamber series “Dmitry Sitkovetsky and Friends”, collaborating with guest artists Lynn Harrell, Yura Lee, Augustin Hadelich, Elmar Oliviera, Bela Davidovich, Konstantin Lipschitz, Garrick Ohlsson and Stuart Malina, among others.   In 2007 she performed the world premier of Patrick Byers’ Gospel Quartet as a Steinway Artist at Steinway Hall in NYC.

Her students have been accepted to such illustrious institutions the Curtis Institute, Oberlin Conservatory, and the Manhattan School of Music, among others, for further studies. They have won positions in orchestras and academic settings and have been recent regional and national finalists in the MTNA Young Artist Solo Competition in strings.

At the University of Wyoming, Dr. Vanderborgh has taught applied cello, string solo literature, string chamber literature, cello pedagogy, form and analysis, baroque performance ensemble, chamber music and has directed the chamber orchestra.  Under her guidance, the chamber orchestra has collaborated with the Ying Quartet and the tango group, Extasis, and has toured extensively, including concerts in Denver’s Newman Center and at high schools throughout Wyoming, Colorado and Montana.  She has received the Top Prof Award, the Extraordinary Merit in Research Award and an Every Student a Person Award nomination.  In 2015, Dr. Vanderborgh initiated an innovative outreach program, the UW Cello Studio Bach Project, through which UW cellists perform the music of J.S. Bach for homebound and elderly music lovers.

Dr. Vanderborgh has performed in the cello sections of the Pittsburgh Symphony Orchestra, the Washington Concert Opera, the North Carolina Symphony, the Charlotte Symphony, the New Mexico Symphony, the Washington Bach Consort, the Orchestra of Sante Fe, the Colorado Symphony, and is former Principal Cellist of the Winston Salem Symphony, the Piedmont Opera, the Greensboro Opera and the Carolina Chamber Symphony.  She has played back-up for Mannheim Steamroller, Nina Freelon, and Celine Dion.  In addition, she has taught cello at Duquense University Pre College, Alderson Broaddus College and Guilford College.

Dr. Vanderborgh holds degrees from the Manhattan School of Music, the Eastman School of Music, and the University of Maryland, where her teachers included David Geber, Evelyn Elsing, David Soyer.  She engaged in intensive chamber music studies with the Guarneri, Juilliard, Cleveland, and American String Quartets and studied Baroque performance practice with Ken Slowick of the Smithsonian Institution.

When not playing the cello, Beth enjoys skiing, equestrian sports and hiking in the beautiful Wyoming wilderness.  She is married to violinist John Fadial, Concertmaster of the Greensboro Symphony Orchestra and violin professor at UW.